What Is A Letter Of Demand In Singapore?

What Is The Point Of Letter Of Demand?

A letter of demand is a letter issued by a lawyer demanding the performance of some act on your part. Usually, this comes with a warning that legal proceedings will be commenced against you if you fail to comply.

What To Do If I Receive A Letter Of Demand?

Generally speaking, you should not ignore a lawyer’s letter as doing so may result in the party instructing the lawyer, to commence legal proceedings against you.

Further, constantly ignoring letters of demand may be used as a strategy against you later. The plaintiff can suggest that any defence you may have is an after-thought and/or that you do not take such demands seriously.

Depending on what is being demanded of you, you may wish to consider whether it is necessary for you to engage a lawyer. The lawyer can then help to assess the situation you are in and plan with you a strategy in the event legal proceedings are commenced against you. 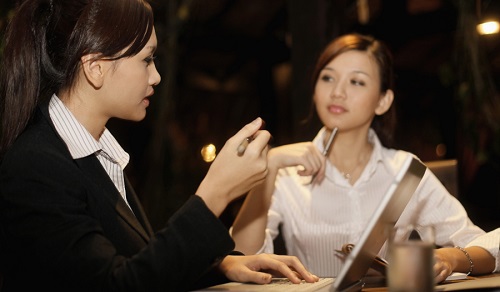 This helps prepare both you and your lawyer in the event you are sued, and avoid you scrambling to engage a lawyer at the last minute. You should note that when defending a civil suit, there are tight timelines for you to enter an appearance and file your defence.

Having to instruct lawyers on an urgent basis and at last minute will usually be more expensive and may result in important information not being properly communicated.

If you have received a letter of demand, you may wish to contact our lawyers to discuss the demands that are being made against you.

Typically, prior to the commencement of legal proceedings a claimant would instruct his/her lawyers, to send a letter of demand to the prospective defendant.

This letter would usually set out briefly the grounds for the demand, the prospective plaintiff’s demands, and a deadline for the other party to comply.

The letter would also typically state that in the event the claimant’s demands are not met, the prospective plaintiff would commence legal proceedings against the other party. 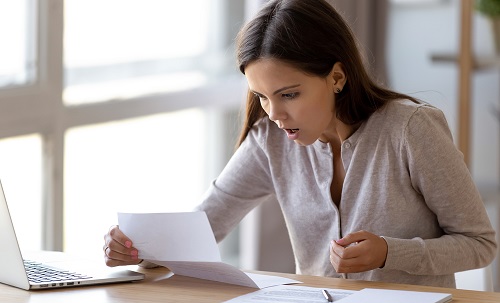 Issuing a letter of demand is almost always a good (if not necessary) first step to take before commencing legal proceedings against a prospective defendant.

This is because if the demand is taken seriously and there is compliance with the demand, the dispute is resolved quickly and relatively inexpensively as compared to having to commence legal proceedings.

For this reason, lawyers would almost always typically advice their clients to instruct them to issue a letter of demand on their behalves first before commencing legal proceedings.

Don’t Let The Legal Complexities Prevent You From Pursuing Your Rights To Claim!

We will advice you every step of the way, so you can enjoy peace of mind!

Why Does a Letter Of Demand Normally Get Ignored?

Firstly, some prospective defendants do not take letters of demands sent by non-lawyers very seriously.

There are a variety of reasons why some people do not take letters of demands by non-lawyers seriously. Some of these reasons are unfounded and erroneous but nonetheless has an impact on whether a prospective defendant takes such a letter seriously.

For example, some people have a mistaken belief that for a letter of demand to be valid it must first be issued by a lawyer. 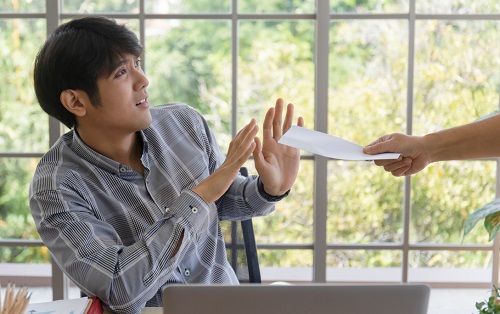 Further depending on how the language of a letter of demand is crafted, a poorly drafted letter of demand may also not be taken seriously notwithstanding that the act of making a demand might be valid in the eyes of the law.

Implications On Your Legal Position

Secondly, and perhaps more importantly issuing a letter of demand (or a demand) may be necessary prior to commencing a claim, and may have implications on your legal position.

For example, issuing a demand (whether by way of a lawyer’s letter or any other form) may be a necessary pre-requisite before a prospective plaintiff has the right to commence legal proceedings.

For example, take for instance a person trying to commence legal proceedings in respect of a loan that is due and payable upon demand.

If such a plaintiff commences a civil suit in the Singapore Courts by issuing a Writ of Summons prior to issuing a demand, the suit could be thrown out completely. 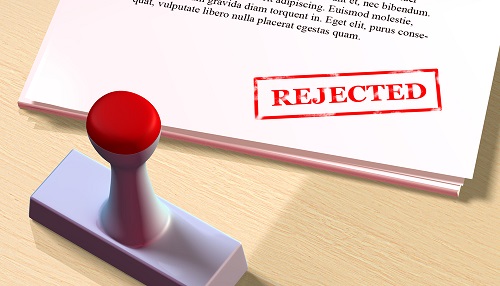 This is because it would open to the defendant to argue that there was no such cause of action (i.e. no legal basis for the claim) at the time the Writ of Summons is filed.

While the above example is a technicality that usually does not arise since in such situations as most prospective plaintiffs would have already been making demands. It should nonetheless be borne in mind that it is sometimes necessary to make a demand prior to commencing legal proceedings, and that a record of the demand is kept.

It should be noted that issuing any correspondences could potentially impact your legal position if you are not careful. This includes issuing letters of demands on your own.

Let’s take for example a not so uncommon scenario concerning a contract, in which it may be debatable whether a breach of the contract gives rise to a right for an aggrieved party to terminate a contract.

For this it is necessary to explain a little bit about contract law and when a person is entitled to terminate a contract.

When Can Someone Terminate A Contract?

Generally, for an aggrieved person to have a right to terminate a contract, the offending party must have breached a term of the contract that is considered a condition as opposed to a warranty.

There is extensive case law that help explain the difference between a condition and a warranty. Therefore it may suffice for our explanation here that a term that is a condition can be said to be one that goes to the root of a contract, whereas a warranty is a term that does not.

Applying law to facts, let’s take for example that you have a long-term contract with another person for him to deliver certain goods to you every month.

However, on one of these months you are not satisfied with some of the goods you received and realized you have already made payment for it. Arising from this you decide to issue a letter of demand to terminate the contract and demand damages.

Your termination may however be wrongful if there was only a breach of a term that is considered a warranty as opposed to a condition of the contract, and you may from this be exposed to liability for the wrongful termination.

Problems may similarly arise from the same set of facts even if you are entitled to terminate the contract because there was a breach of a condition, but now decide you prefer the contract to have continued to stay in force.

To understand this problem, it is useful to note that generally speaking, once an aggrieved party elects to terminate a contract, the contract is brought to an end and ceases to bind the parties from the time the election is communicated to the other party. 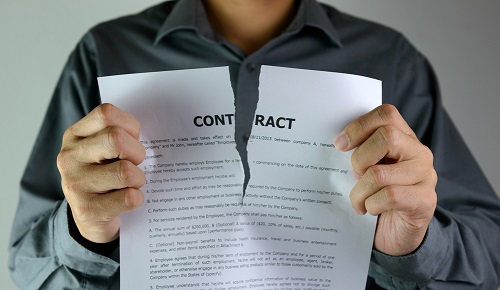 Applying this principle to a factual scenario, let’s say that after terminating the contract you realize that you would rather have not done so.

You perhaps reach this conclusion after realising that you cannot find a new alternative supplier, and that pursuing the party in breach purely for damages may be of little use. This is because it was a company dependent on you for business and will not have enough assets to pay you even if you get a judgement in your favour.

Another scenario arising from the same facts is that under certain circumstances, failing to terminate a contract but simply issuing a letter of demand for damages regarding the unsatisfactory goods may be considered an election to affirm the contract. If so, you may lose your right to terminate the contract later.

The above examples demonstrate the complexity that may be involved in issuing demands in which professional legal advice would greatly help.

Need To Issue A Letter Of Demand?

Let’s discuss the merits of your case with No Cost Upfront!

The information contained within this website contains general information about our lawyers, Law Firm and procedures and is not intended to constitute legal advice.

Do You Have A Question?