Can You Win A Dispute With Condo MCST In Singapore? 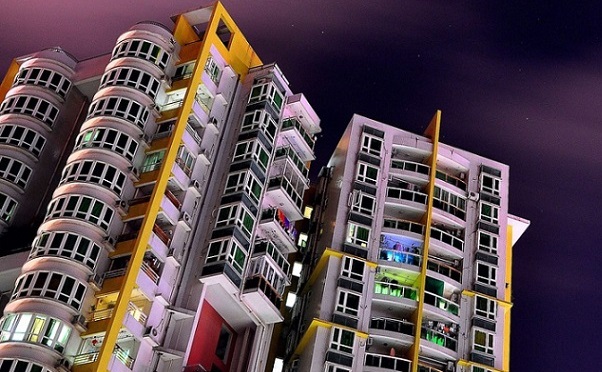 Subsidiary proprietors or home-owners of condominiums are no strangers to the fact that there are numerous condominium by-laws to abide by. For those unfamiliar, briefly, by-laws are stipulations prescribed under Schedule 2 of Building Maintenance (Strata Management) Regulations 2005 under the BMSMA and additional by-laws may be made, or amended, pursuant to a special resolution by the Management Corporation (“MC”).

One of the many common problems that home-owners of condominiums may find themselves facing is making alterations to their home-units, such as, inter alia, the installation of windows or grilles or screens or nettings, only to be met with rejections from the MC or worse, violating by-laws and facing legal proceedings taken up by the MCST.

The Management Corporation Strata Title (MCST), also known as the managing body for your condominium, manages private properties in Singapore. These, generally, shall be heard or mediated by the Strata Title Board (“STB”), although parties may appeal to the High Court to overturn STB’s judgment.

In a very recent case of Low Yung Chyuan v the MCST Plan No. 2178 (the “Castle Green case”), the main dispute was whether Low Yung Chyuan (“Low”) should be permitted to install sliding windows at her yard pursuant to Section 111(b) of the BMSMA.

Citing the case of Management Corporation Strata Title Plan No. 940 v Lim Florence Marjorie [2018] SGHC 254 (“Lim Florence”), the Court had decided based on the evidence of photographs that there was a discernible difference between the façade of the defendant’s flat and that of other flats in her block, both individually and taken as a whole.

The High Court in Lim Florence held that “[W]hether an improvement effected to a particular flat affects the façade of its building is not to be ascertained as a theoretical exercise but from the viewpoint of a reasonable observer who looks at the building from the position which is practically possible or likely.”

Uniformity Of The Condominium Can’t Be Preserved

In Low’s case, the STB looked at photographs and compared Low’s flat with the other units in the building. In the Castle Green case, the MC had permitted other home-owners to install yard windows, screens, nettings, blinds and even grilles of different designs even though there are guidelines on a specific design and colour for grilles.

The Board found that where the uniformity of the building can no longer be preserved and there was no benefit to be gained by the MC, it would be unreasonable to withhold consent to the improvement works.

Further, the STB held that in Low’s case, her installation of sliding windows did not detract from the appearance or is in keeping with the rest of the building, as there were other yard units with a variety of installations.

It was clear to the board that the building of Castle Green could not be said to be aesthetically uniform as screens, blinds, different designs in grilles, netting and Ziptrak were already installed. There was also no dispute as to affecting the structural integrity of the building. Thus, the onus fell on the MC to have a reasonable basis for rejecting her application, based on the facts and appearance of the buildings.

Another argument raised by the MC was the issue of voting at the 20th Annual General Meeting (“AGM”) where home-owners of Castle Green had voted against the installation of the sliding windows. However, the STB held the view that motion tabled at the AGM was ambiguous, confusing and inherently unfair.

The general body had been asked to vote on two issues with one vote. Further citing the case of Zou Xiang v MCST Plan No. 2360 [2017] SGSTB 5, STB found that it was unnecessary for the MC to hold an AGM in order to decide on her installation of sliding windows at her yard, when the MC could decide on a case-by-case basis.

It was found that the MC was arguably unreasonably, in not approving Low’s installation of sliding windows at her yard when the same were allowed for ground floor units, and where installations of screens, blinds, different designs in grilles, nettings and Ziptrack were permitted.

Low’s installation of clear sliding windows could not be said to detract further the aesthetic uniformity of Castle Green. Further, there were no complaints by other home-owners with regard to Low’s sliding windows. Thus, there was no reasonable basis for the MC not to consent to or refuse Low’s application to install the sliding windows.

A WIN! But Can You Make Alterations As You Please?

But does this mean as a home-owner, one can install sliding windows or make alterations as one pleases?

The short answer will be NO. As home-owner, one still has to abide by the by-laws of the condominium. However, there are unique circumstances like that in Low’s case whereby even though the installation of the sliding windows did affect the appearance of the building, it did not detract from the appearance of the building as a whole – given that other home-owners were permitted the same. AGM is also not necessary to decide on such a matter when the MC could decide on a case-by-case basis.

For those of you experiencing issues as such, one should always seek legal advice before the matter escalates. Please feel free to contact us at our firm for a FREE consultation on your case. Our Civil Litigation Lawyers are also experienced in handling other common disputes regarding MCST and the STB.

The information contained within this website contains general information about our litigation lawyers, Law Firm and procedures and is not intended to constitute legal advice.

Please consult a lawyer for specific review of your case and advice. You can click on the link provided above.

DID YOU FORGET TO CLAIM YOUR 2 FREE CONSULTATIONS?

Whatever your case may be, it can be discussed at No Cost Upfront!

(Only pay if you decide to take on our services later)