Bankruptcy Proceedings In Singapore. Is It Your Last Resort? 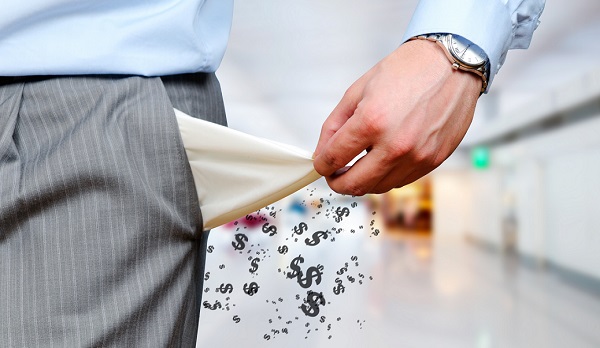 Bankruptcy is an individual’s legal status declared by the Singapore High Court. A person or a business may be made bankrupt if the individual or the company cannot repay debts that exceed $15,000. According to statistics, as of September 2018, there are more than 17,000 undischarged bankrupts in Singapore.

The process of an individual being declared bankrupt can either be commenced by a creditor, or voluntarily by the individual debtor.

An assessment will be conducted by the Courts, after which a person or company can be declared as a bankrupt within four to six weeks after application.

There are two main reasons why creditors choose to commence bankruptcy proceedings. The first reason is that a creditor may hope that the threat of being declared bankrupt might compel the debtor to make payment.

This is because many debtors may not want to be declared bankrupt, as being bankrupt puts certain limitations on their careers and life. For example, a bankrupt will likely have difficulties looking for jobs in the public sector and in the finance industry.

A bankrupt will also face restrictions in becoming a director of a company or managing a business without the permission of the Official Assignee.

Furthermore, a bankrupt may not leave the country without the permission of the Official Assignee and cannot obtain credit above $1,000. Should you go abroad without seeking prior approval, you can face jail time of up to two years when you return to Singapore. Being bankrupt would also adversely affect an individual’s credit rating.

The second reason is that the creditor is hoping to recover some of his debts through the bankruptcy process.

This method of recovering debts however often time results in a creditor being unable to fully recover his debt, as the bankrupt’s estate in bankruptcy as to be distributed pari passu to all creditors.

As such, often times commencing bankruptcy proceedings against a debtor may not always be the best way for a creditor to recover his monies.

As mentioned, individuals are also able to apply to Singapore Court to declare themselves bankrupt. Given the numerous restrictions faced by a bankrupt, many may wonder why an individual would choose to do this.

There is however sound reasons why an individual may choose to apply to be declared bankrupt, and this is usually when the individual knows he will almost certainly never be able to pay of his debts.

For example where an individual’s debts are large and the interest payable on such debts may make it impossible for an individual to repay the debts.

Under such circumstances it may make more sense for that individual to apply to be declared bankrupt, so that interest on the loans will stop accruing, and he can work towards becoming discharged from bankruptcy sooner rather than later.

When you are declared a bankrupt, most of your belongings are up for auction. However there are certain items that are off-limits such as your house and tools of trade.

Your life will go on, seemingly like normal, except that your finances now are being shared with your creditors. You will need to justify your expenses and most of the time, your bank account is frozen. Meaning that no large amounts of deposits can be made to the account as the amount can be seized by your creditors.

Once you are a bankrupt, it will be public information. Anyone can check your status online. Your employer or potential employer will also be exposed to this information, which may ruin your career prospects.

When you are finally discharged from bankruptcy status, it might still be difficult for you to apply for loans or credit cards as your financial credibility might take seven years or longer to rebuild.

For debtors – Do not ignore your creditors’ Letters of Demand, Statutory Demands, or Writs of summons from the Court. You can be made a bankrupt even if you refuse to respond to your creditors or decline to accept service of their documents.

If you are considering, commencing bankruptcy proceedings against another person, or exploring bankruptcy for yourself, please feel free to get in touch with us to discuss this further.

Yes! I Want To Seek Your Advice Now

The information contained within this website contains general information about our lawyers, Law Firm and procedures and is not intended to constitute legal advice.

Do You Have A Question?

YOU ARE JUST 1 STEP AWAY FROM GETTING PROFESSIONAL LEGAL ADVICE!

Complete the form below, so we can contact you soonest!

(NOTE: The First 2 Consultations are FREE!)